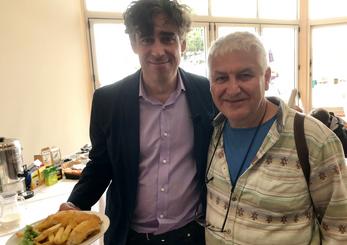 With Jen Gash ( the final winner) and Lorna Wheele

Working in the pods

The weather was very hot. The beach quickly filled up with hundreds of people. I had to work in a pod which very quickly became like being in a greenhouse. We had to paint our landscape in 4 hours which was a challenge for me as my paintings usually take much longer. 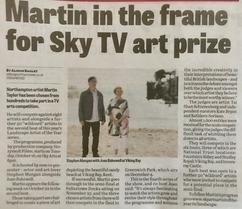 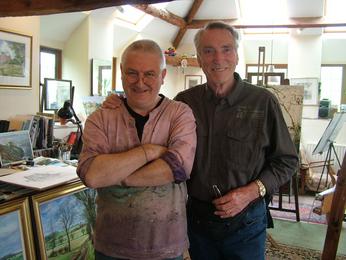 With the 'Big Snow' 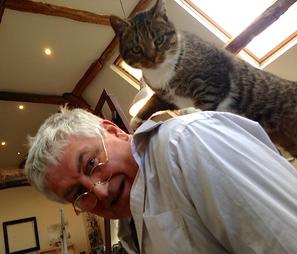 With Stephen Mangan who was great fun, we were well looked after, I would have gladly shared his fish and chips.

Sold to an american collector 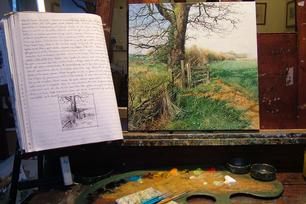 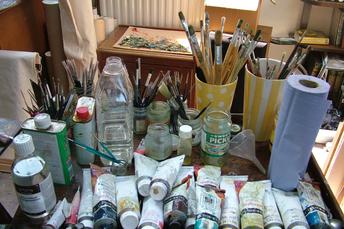 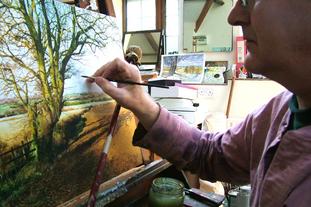 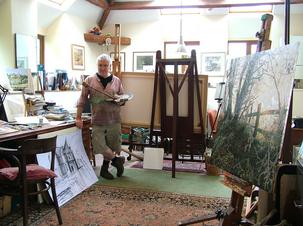 The studio cat sadly no longer a visitor 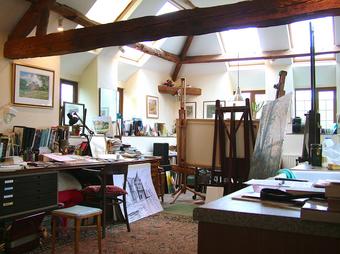 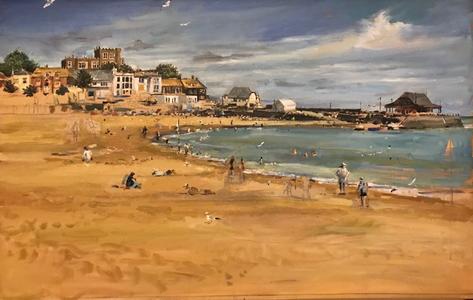 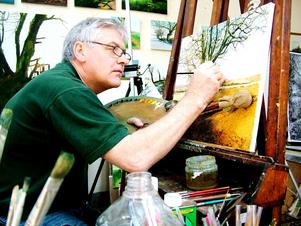 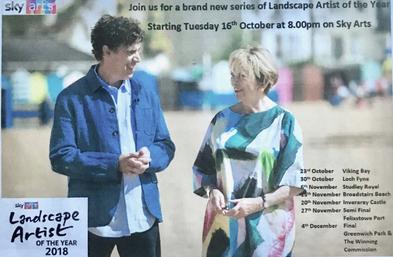 I was from thousands chosen to be one of the main artists in a heat in the third series of 'Sky Arts Landscape Artist of the Year 2018'.  Along with the other seven artists were 50 'wildcard artists' one of which had a chance of progressing it the show. Filming took place in the summer at Broadstairs. It is a competition with a prize of a commission for £10,000 to paint a National Trust property. The work would be kept and exhibited by the National Trust . Stephen Mangan took over presentation from the popular Frank Skinner along with Joan Bakewell. 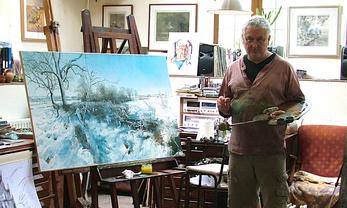 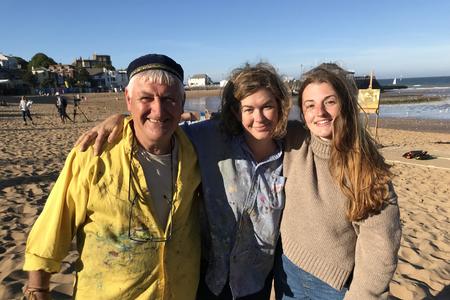